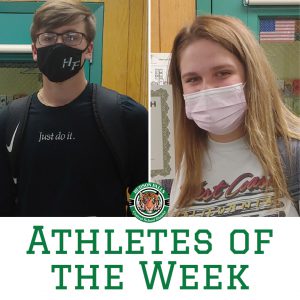 This week we honor two athletes from the boys and girls basketball teams for their contributions on the court.

First up is freshman Lily Lanphear. According to her coach, In her varsity debut, Lilly led the Tigers in scoring with eleven points, grabbed nine rebounds, and had seven steals in a home victory over Scotia-Glenville.