Hudson Falls residents consider a school budget proposal on the third Tuesday in May each year. Before the vote, the Board of Education will work with district and school leaders to develop a budget proposal informed by the district’s mission, educational goals, fiscal challenges, and opportunities.

This year’s vote will take place in person on Tuesday, May 17 in the High School Gymnasium from noon to 8 p.m.

The proposed budget, which has an increase of $2,947,075 or 6.36% over the current year’s budget, will result in no increase to the tax levy. Therefore, the tax levy increase falls well below the New York State property tax cap of 3.64% for the district.

Q: How would the proposed budget affect my taxes? Is it within the cap?

The District is presenting its voters with a 0% tax levy change in the
proposed 2022-23 budget. The New York State eight-step property tax levy cap formula for Hudson Falls allows for a maximum tax levy increase or “cap” of 3.64% in 2022-23. The 0% tax levy change in the Board of Education’s proposed budget plan will not only respond to the community’s needs at this time, but preserve and enhance student programming.

Q: What is included in the proposed budget?

The proposed budget maintains all programming, and in many cases enhances programs for our students. The proposed budget includes the addition of 12 student facing-positions, including two special education teachers, two psychologists, one agricultural science teacher, and a physical education/strength and conditioning teacher.

Q: What is a capital reserve fund?

A capital reserve fund allows the district to set aside money for future construction projects and major purchases such as buses. Much like a savings account, this money is set aside so that a significant project or expense does not affect the budget all at once. The fund cannot be established without voter approval, and funds cannot be spent without voter approval. Because capital assets have a predetermined useful life expectancy, a reserve fund reduces the need to borrow money to replace those assets in the future, while also enabling the district to still maximize
state aid.

The Business Office undergoes an independent auditor’s review in accordance with Government Auditing Standards. The results of the current year in comparison with the prior year can be found in the:

Please visit the Division of Budget for more information on school funding allocation.

What is a tax cap?

New York places restrictions on how school districts (and municipalities) may increase their tax levies. It requires at least 60% voter approval for a school budget if the proposed tax levy increase exceeds a threshold, known as the tax levy limit, which is unique to each district and calculated using a state formula.

Although often referred to as a “2% tax cap,” the law does not, in fact, restrict any proposed tax levy increase to 2%. The New York state comptroller released a report on “three years of the tax cap” in 2015 (PDF), and its 2014-15 data showed that of the state’s 700 school districts:

This spring, both the federal government and New York state released requirements for school districts that are receiving money through the American Rescue Plan Elementary and Secondary School Emergency Relief (ARP-ESSER).

The draft ARP-ESSER plan can be found here.

If you have any questions or feedback regarding the plan, please email questions@hfcsd.org. 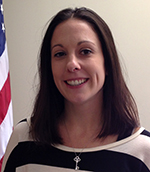